Who is Ray Dalio, biography, style and basic principles of investing 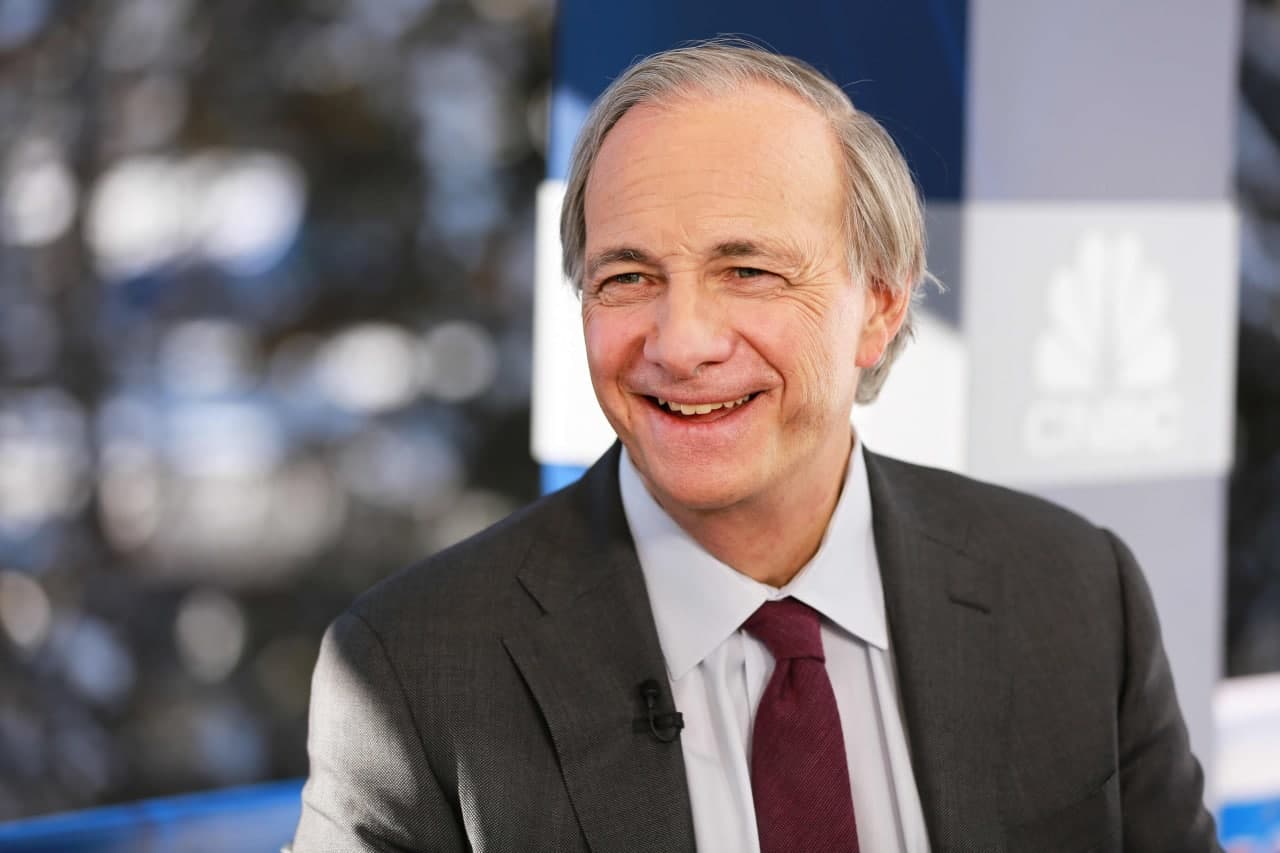 Who is Ray Dalio, life and work, his basic principles in investing

Ray Dalio is one of the richest people in the world today. He is known not only for his ability to make a profit, but also for his special approach to doing business. This man was born into the family of a jazz musician in New York in 1949. He got acquainted with securities at the age of 12. During this time, he bought his first share. The teenager worked part-time in a golf club and constantly heard conversations regarding stock exchange topics. He saved up $ 300 and used it to buy stock in Northeast Airlines. When choosing, he was guided by two rules: 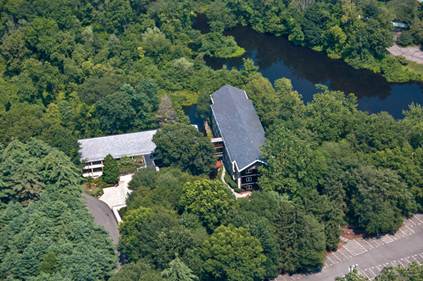 Bridgewater Associate Headquarters [/ caption] This firm is still growing, becoming one of the largest hedge funds in the world. The company managed $ 160 billion in assets in 2018. At this time, the personal fortune of Ray Dalio exceeded $ 18 billion. At first, this company had a difficult time. Dalio had to fire all employees and ask his father for $ 4,000 to cover the debt obligations. After a bad start, the investor rethought his attitude to life and came to the need to follow certain principles.

At the initial stage, he sees the reason for his problems as a desire to see himself right in any situation. Later, as he says: “I have exchanged the joy of being right for the joy of understanding the truth.” Healthy relationships in a team are aimed at ensuring that everyone shows themselves from the strongest side, and the best idea wins, regardless of who expressed it.

The investor attaches great importance to the practice of meditation. He believes that spiritual improvement is the foundation of business success. In his opinion, meditation gives him more strength than sleep, promotes a creative approach to life and work.

The great investor implemented in his company special principles that helped him to achieve today’s success and continue to apply now. He considers openness to be one of the main ones. Ray Dalio tries to ensure that his employees have objective information about the state of affairs and can independently determine their attitude towards the company. 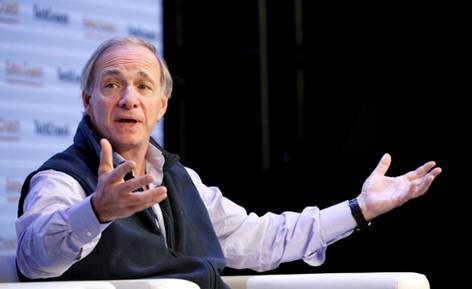 The main focus is on improving relations between employees within the company, creating and developing a unique corporate culture. When making decisions, it is important to keep in mind that events are often not unique. Similar things have happened in the past and certain lessons can be learned from them. Studying them, you can determine patterns that can become the basis for making a decision in a particular situation. The company uses three investment portfolios for asset management: Pure Alpha, Pure Alpha Major Markets and All Weather. The last of these, the all-season portfolio, includes the bulk of the assets. Ray Dalio’s portfolio consists of the following parts:

In portfolio management, Dalio applies the principle of analogy with similar situations in the past, trying to apply strategies that have already brought success. In practice, this portfolio has been performing well over the years. 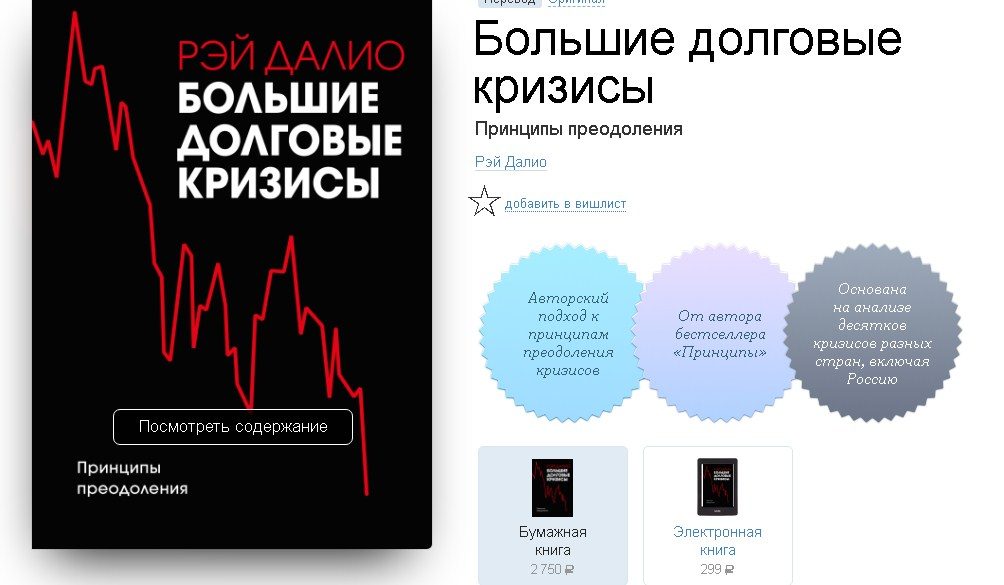 The cover of one of the most famous books by Rey Dalio “Big Debt Crises” [/ caption] It is interesting that when analyzing the effectiveness of such a strategy, various situations in the stock market were considered and the corresponding calculation was made. For example, in the 1929 crisis, the portfolio would lose only 20%, but then compensate for this drawdown. It is also worth noting that in terms of profitability, it overtook the S&P index in terms of profitability during 2008-2017. Ray Dalio’s Principles of Success (in 30 minutes): https://youtu.be/vKXk2Yhm58o Pure Alpha Major Markets focuses on more liquid assets. They usually avoid working with emerging markets. In structure, it is largely similar to an all-weather portfolio. Pure Alpha pays more attention to emerging markets compared to Pure Alpha Major Markets,but in structure it differs little from it. Pure Alpha was 12% profitable until 2019, but it suffered a 7.6% loss in 2020. Ray Dalio said that the portfolios were created with the expectation of continuous global economic development. Due to the problems caused by the pandemic, the investor began to pay more attention to the most reliable securities. In his interviews, Ray Dalio talks about his attitude towards life and business:

In the firm, criticism is encouraged. This is necessary to create an atmosphere of openness and create the most creative atmosphere when making decisions.

The investor outlined his understanding of life and the rules of doing business in the book “Principles. Life and work “. Ray Dalio sees the basis for success in the correct perception of reality. It is important to try to see her as she really is, and not to pass off your wishes as reality. To achieve this, you need to pay sufficient attention to the following issues: 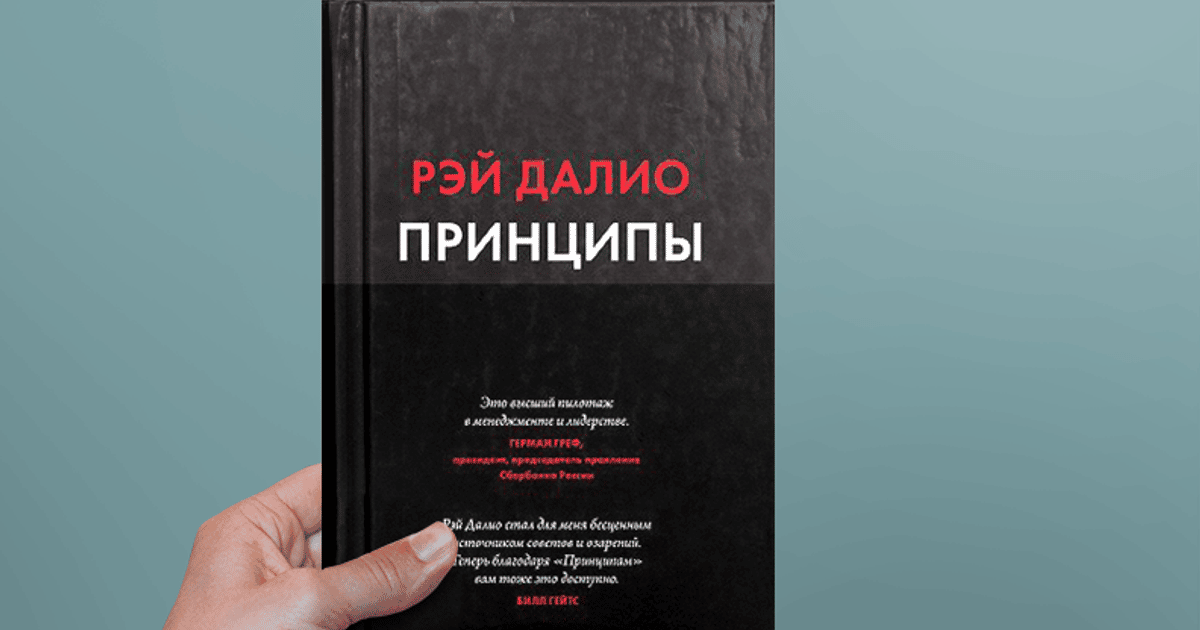 Dalio believes that all life consists of constantly making a variety of decisions. He collects information on the criteria applied to this, which he calls principles. Having realized and developed these rules, he taught himself to them and implemented them in his company. It is necessary to constantly learn, never stopping it. Ray Dalio says that he has been learning all his life and intends to do so in the future. The book sets out in detail its principles to which detailed explanations are given. This gives readers an opportunity to decide how suitable they are for their life and work. In the next book “Principles of Success” the author continues to talk about his views on the world and the peculiarities of doing business. It complements the first book, providing a better understanding of the investor’s life and business strategy. 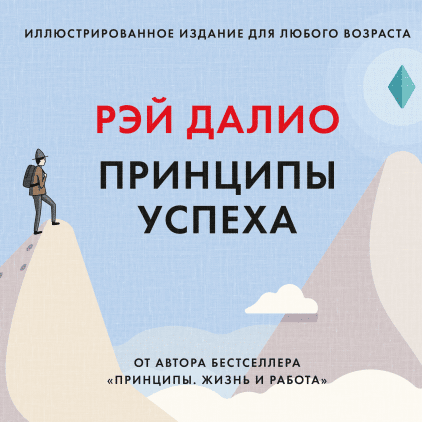 Ray Dalio’s new book is devoted to reflections on the fate of the modern world. It’s called “How the World Order is Changing. Why do states win and fail ”. According to the author, the following reasons prompted him to write the book:

Popular book by Ray Dalio “Big Debt Crises Principles of Overcoming” – download and read an excerpt from the book:
Big Debt Crises Principles of Overcoming Ray Dalio – Big Debt Crises Around the Bend, Book Review: https://youtu.be/xaPNbYkOT- 4 The investor considers the current situation similar to that which took place in the period 1930-1945. He analyzes similar situations throughout world history and formulates the patterns of development that govern the history of the most developed countries. As a result of a detailed examination of the history of mankind in different periods, he comes to certain assumptions about what will await mankind over the coming decades. 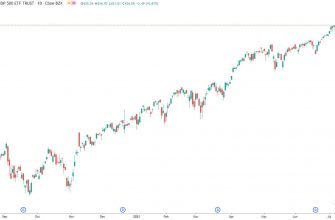 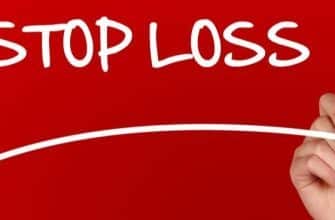 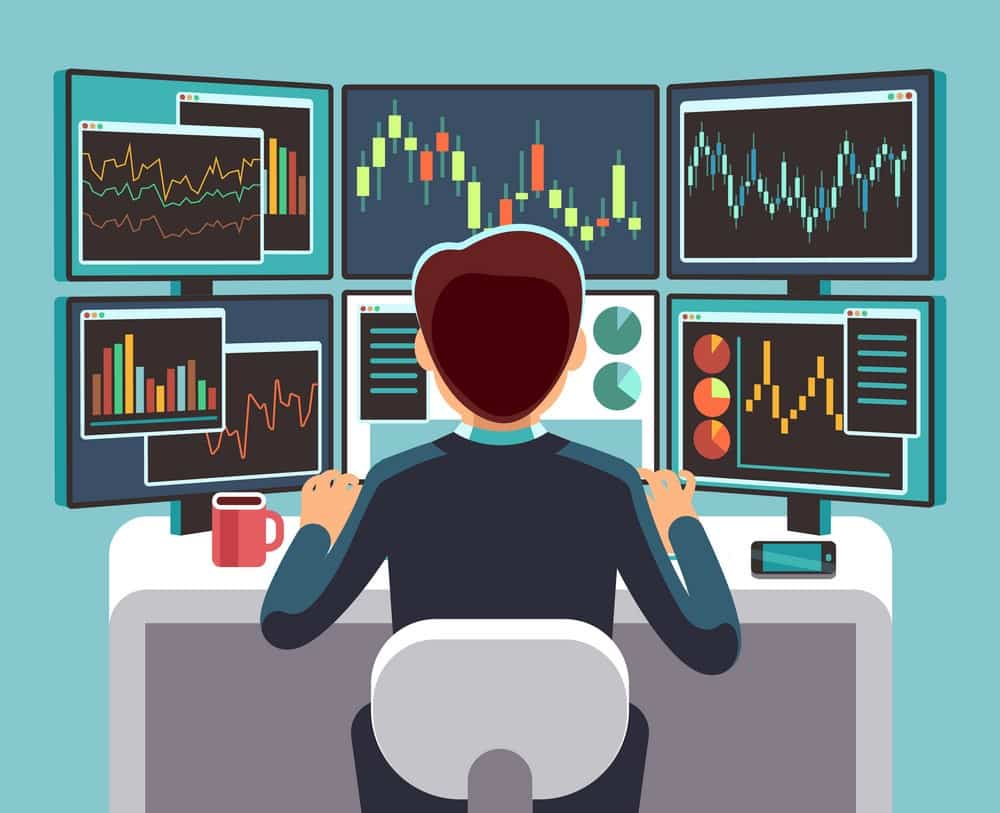 How to make money on trading, how much and how much is possible in Russia
Is it possible to make a living trading and how to
0 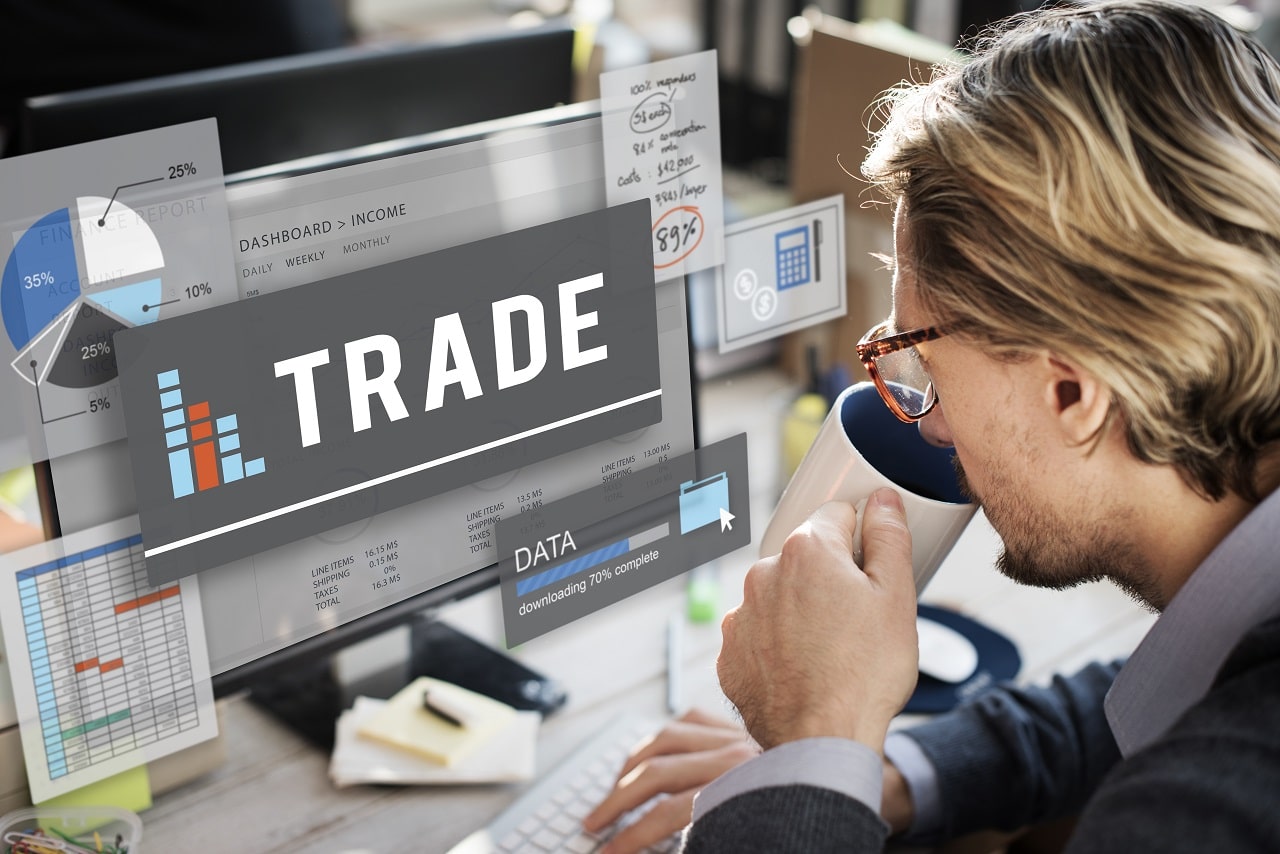 What is trading, how to become a trader and earn
Trading in the realities of today: what is it in simple
0 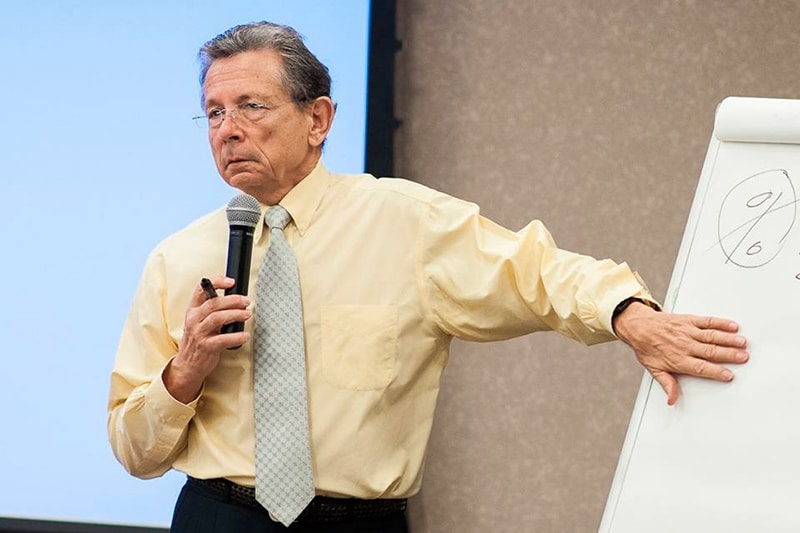 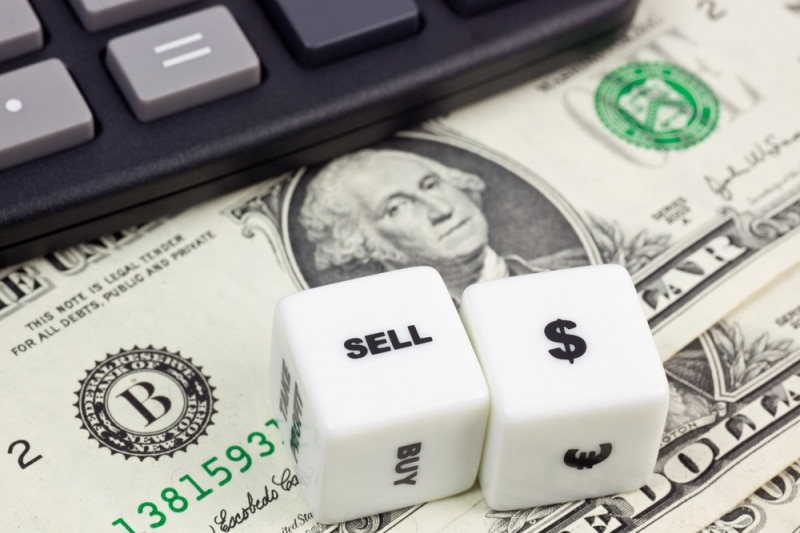