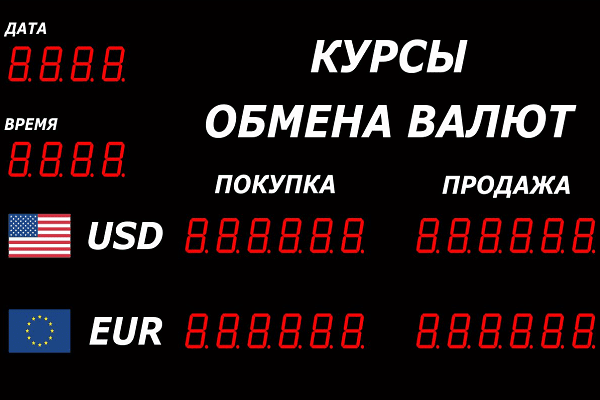 In the global economy, it is impossible to imagine a country without international trade. To do this, the monetary unit of any state must be commensurate with the currencies of other states. The mechanism for measuring the value of the national currency in comparison with other currencies is the exchange rate, which is influenced by many factors.

Exchange rate – what is it?

The exchange rate can be determined in two ways: market or non-market. In the first case, the rate is formed on a market basis and depends on the supply and demand for the currency. In the second case, the rate is set by the state on a legislative basis.

The exchange rate in market conditions is determined by the ratio of supply and demand for the country’s currency. The exchange rate of any country in the world is usually set to 5 major world currencies, the most stable over a long period of time. It:

The place where sellers and buyers of currency interact is called a currency exchange. The exchange is the place where, according to the laws of supply and demand, the most fair price is formed, in our case, the price of the national currency.

The largest currency exchange in the Russian Federation is the Moscow Interbank Currency Exchange (MICEX).

How is the demand for the national currency formed on the currency exchange? Suppose a favorable investment climate has been created in the country and foreign investors are ready to invest their capital to open new industries or develop existing ones. For production, it is necessary to purchase machines, equipment, find premises, pay salaries to employees and pay taxes – all in national currency.

Currency exchange operations of banks is another factor affecting the exchange rate. The main consumers of banking services for the purchase and sale of foreign currency are us, ordinary citizens. We buy hard currency for:

The exchange rate of commercial banks for citizens differs both from the market rate and from the official rate, which is set by the Central Banks of various countries. 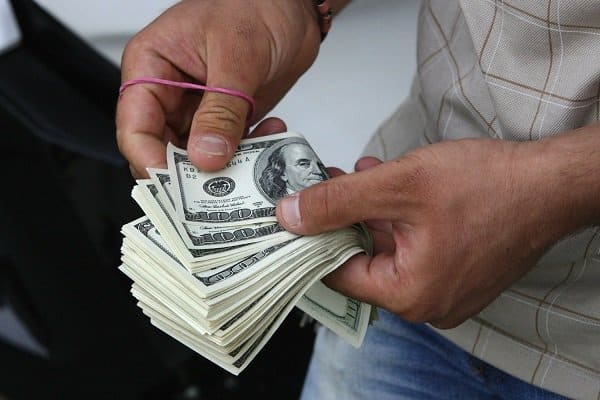 The margin (difference) between the rates of buying and selling currency is the profit of banks on foreign exchange transactions. In Russia, the concepts of “official rate” and “market rate” in relation to the US dollar are similar, because the official US dollar rate set by the Central Bank of Russia is determined on the basis of the MICEX foreign exchange trading for the previous day.

Due to the high cost of selling currency by banks and the low purchase rate for citizens, it is almost pointless to purchase it to earn money on changes in exchange rates.

The ratio of the official exchange rate of the ruble and the rate of purchase and sale of commercial banks is shown in the table.

On a positive trade balance

A positive (or active) trade balance leads to an increase in the supply of foreign currency, mainly the US dollar, in the national market. As a result, with a constant volume of supply of the national currency, the exchange rate of the national currency rises. This is good for exporters and the country’s budget, but is it good for the economy as a whole and the citizens of the country? No. The fact is that the high exchange rate of the ruble (if we analyze the situation on the example of Russia) is extremely disadvantageous both for the majority of the country’s population and for importers. The high exchange rate of the ruble entails an increase in the cost of all imported goods. In countries such as Russia, where a significant part of everyday goods are imported, it is very important to strike a balance and keep the dollar within certain limits. An example of a positive trade balance. Positive balance of $50,000:

What determines the rates of major world currencies?

Countries whose currencies are among the five most stable currencies in the world differ significantly in terms of economic volume, geographical and socio-economic position. Therefore, the exchange rate of national currencies is influenced by various factors.

Factors affecting the US dollar exchange rate can be divided into three large groups: 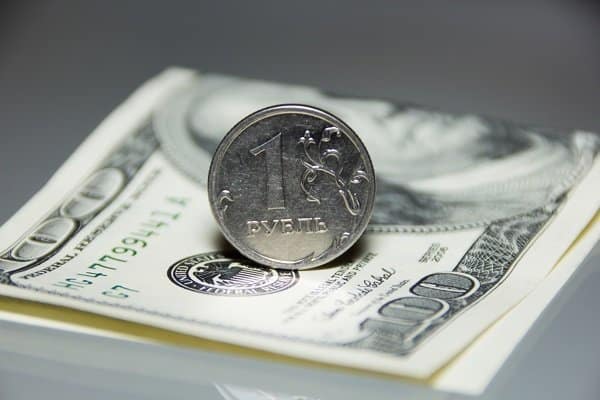 The exchange rate of the euro against major world currencies is affected by:

The British pound is the third most traded and invested currency in the world. The following factors influence its course:

The Japanese yen is a freely convertible currency, the rate of which is determined in the foreign exchange market in accordance with supply and demand. The main factors that affect the exchange rate of the yen:

The Swiss currency is one of the most stable currencies in the world. Demand for the franc traditionally rises during trade wars between countries. The exchange rate is influenced by 2 main factors:

Unlike the 5 reserve and most stable currencies of the world, the Russian ruble cannot boast of such stability.

Despite the most positive forecasts and taking into account all possible factors when predicting the ruble exchange rate, an event of a political, financial or socio-economic nature can always occur in Russia, which will have the most negative impact on the stability of the national currency.

However, when forecasting, or rather, predicting the exchange rate of the ruble against the main world currencies, one can focus on a number of factors that have a direct impact on the ruble exchange rate. These factors include:

In the process of pricing a product, two opposite approaches collide: the seller’s task is to sell it as expensive as possible, the buyer’s task is to buy it as cheaply as possible. At the point where the magnitude of supply and demand are equal, an equilibrium price will be reached, i.e., such a price at which sellers will have no unsold goods or services, and buyers will spend all financial resources on purchasing the necessary goods (services). In the foreign exchange market, it is also possible to form an equilibrium exchange rate. This is the rate of the national currency, set at a zero balance of trade, i.e., when the value of exports and imports equalize. Accordingly, the volume of supply and demand in the foreign exchange market will reach its equilibrium.

The dependence of the Russian economy on the export of hydrocarbons is one of the key problems of the modern Russian economy. In the context of declining demand for Russian energy resources, the imposition of sanctions against Russian companies and falling prices per barrel of oil, oil and gas dependence has further aggravated.

According to the assurances of the Ministry of Finance of the Russian Federation, Russia can live at such oil prices for several more years due to the accumulated financial reserves. Salvation from the current situation is the gradual devaluation (depreciation) of the ruble against the US dollar and other world currencies. Since January 1, 2020, the exchange rate of the ruble against the US dollar has fallen from 61 rubles to 75 rubles. Obviously, in the current conditions of low oil prices, the fall of the ruble will continue: this is one of the ways to compensate for the decline in the revenue part of the Russian budget.

Accurate forecasting of exchange rates is quite a difficult task. The exchange rate is influenced by many factors of various nature – economic, financial, political, social. However, there are 3 main ways to assess the movement of exchange rates:

The instrument for maintaining financial and price stability, which operates in most countries regardless of the state, is the central bank. The central bank in different countries may have different names (for example, in the United States, these functions are performed by the Federal Reserve System). Central banks have in their arsenal various mechanisms for influencing the exchange rate: foreign exchange interventions, money emission and a number of others.

Interventions occur through the active supply of foreign currency in the foreign exchange market.

To reduce inflation and lower prices for imported goods, the Central Bank is pursuing a policy to strengthen the national currency (depreciate). With the depreciation (increase in the exchange rate) of the currency, the reverse process occurs, but at the same time, the income of exporters grows, which is especially important for an export-oriented economy.

The central bank can significantly affect the exchange rate of the national currency through the issue of money. Money emission is the release into circulation of non-cash (mainly) and cash funds. 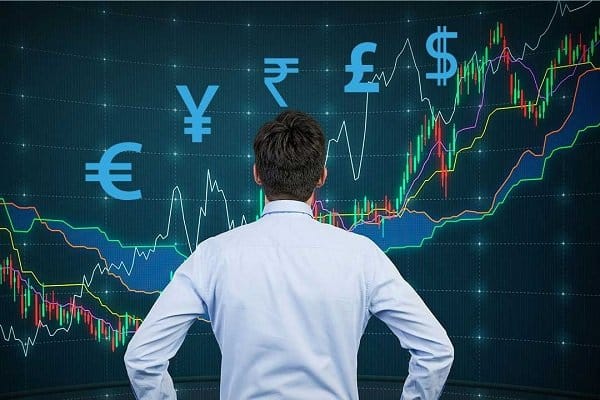 Non-cash emission is usually carried out by lending to commercial banks, cash – by launching a “printing press”.

The ruble exchange rate is influenced by the country’s debt market. Investors, including private banks, evaluate and compare the investment attractiveness of foreign currency and government debt, choosing the most profitable investment tool. In fact, these two investment instruments are competitors: when the level of return on government debt obligations decreases, investors go into foreign currency, and vice versa.

The impact of digital money on world currencies

Digital money is a currency denominated in the national currency and stored only on electronic media. Examples of digital money are Webmoney, PayPal, Yandex money, and other electronic payment systems. Virtual money – cryptocurrencies – can be classified as a separate category. Cryptocurrencies are issued only on the Internet and are in no way connected with the state’s monetary system, because they are nominated in other units – bitcoins. The digital money system does not have a significant impact on the exchange rate.

Influence of other factors 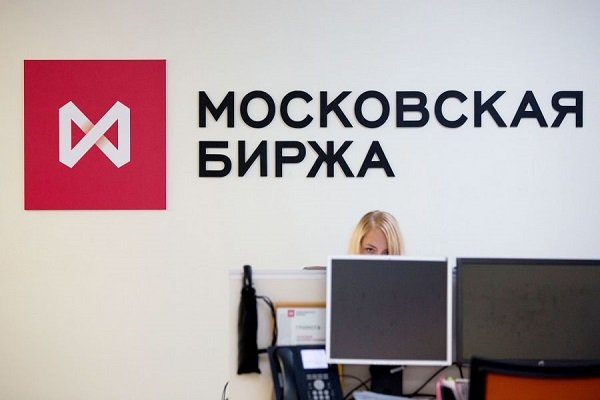 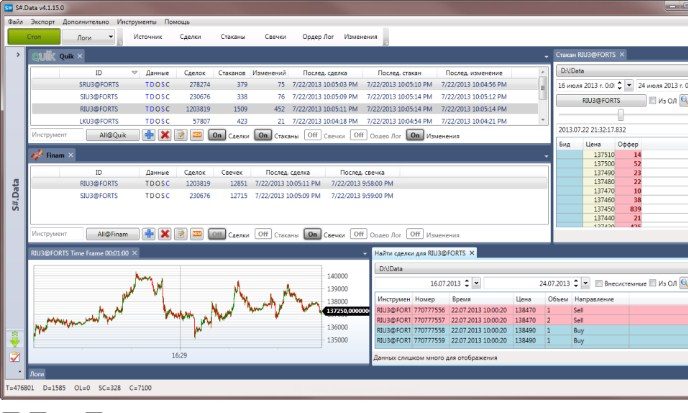 Manual and algorithmic trading in Stocksharp, robot development
Stocksharp (S#) – a set of software for trading
0 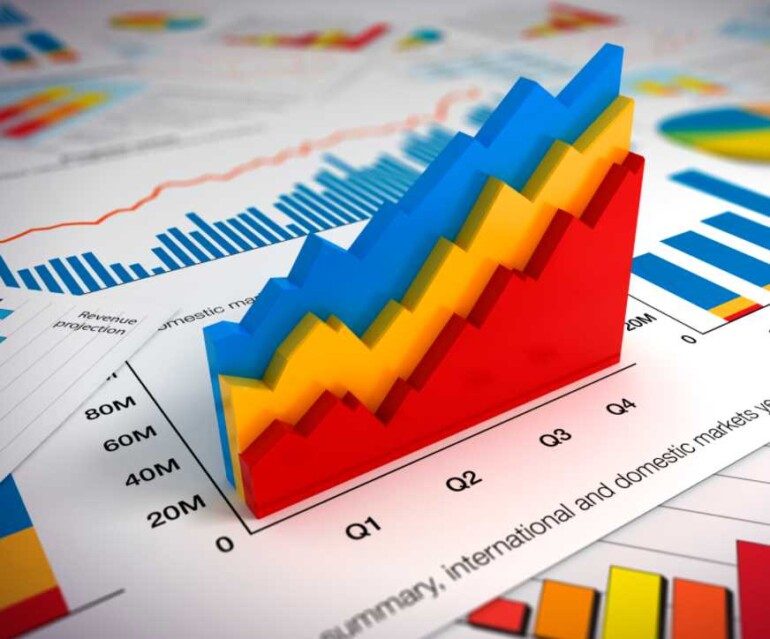 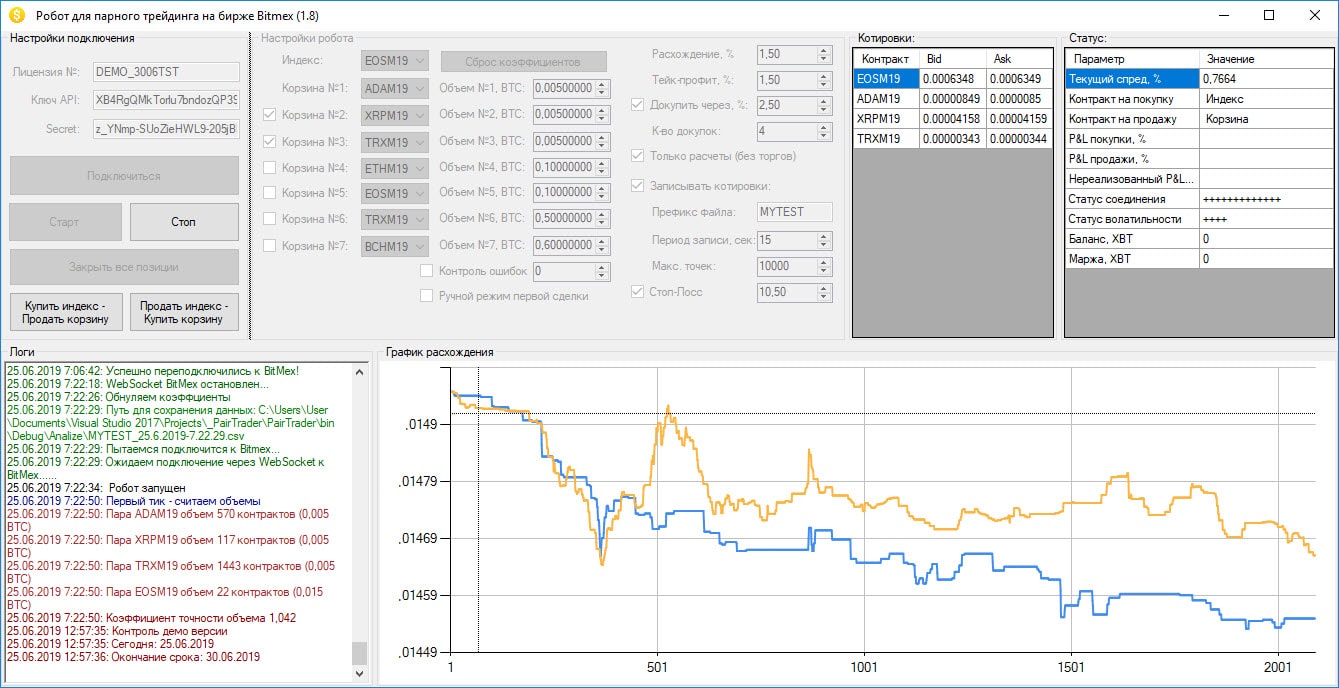 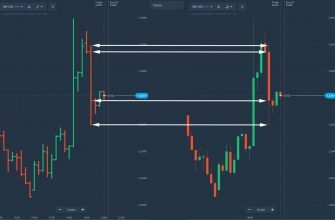 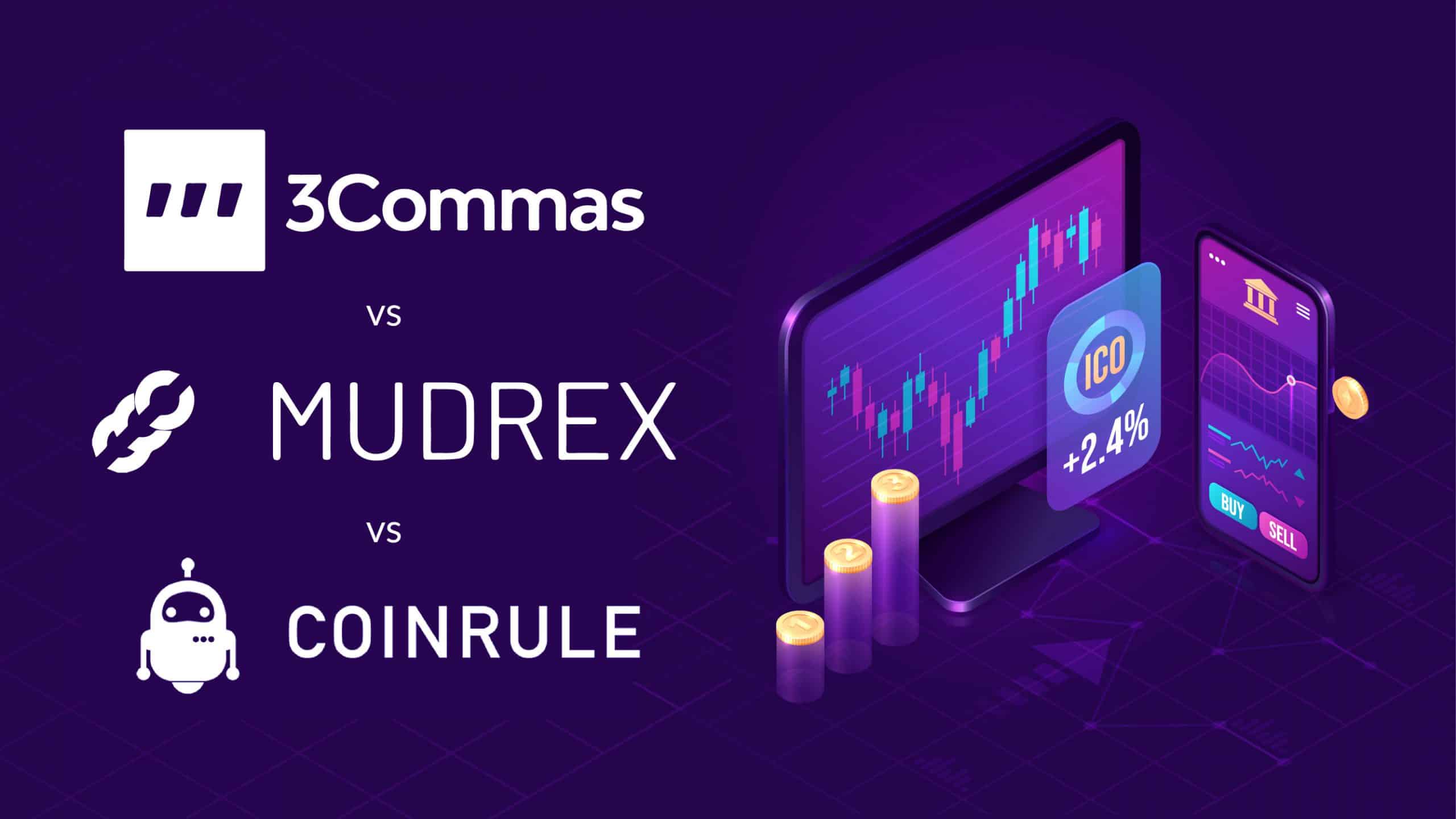 Trading robots for trading in the Chinese stock market on Forex, crypto exchanges
Trading on the international financial exchange FOREX
0