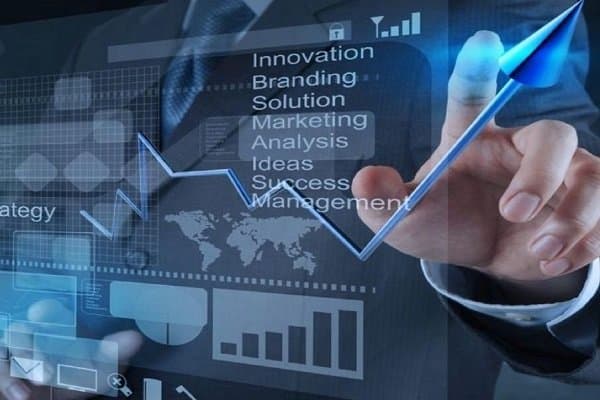 Currently, most of the operations on exchanges are carried out using special robots, in which various algorithms are embedded. This tactic is called algorithmic trading. This is a trend of recent decades that has changed the market in many ways.

What is algorithmic trading?

Simplified, algorithmic trading is the automation of day-to-day operations performed by traders, which reduces the time it takes to analyze stock information, calculate mathematical models, and execute transactions. The system also removes the role of the human factor in the functioning of the market (emotions, speculation, “trader’s intuition”), which sometimes negates even the profitability of the most promising strategy.

The history of the emergence of algorithmic trading

1971 is considered the starting point for algorithmic trading (it appeared concurrently with the first automated trading system NASDAQ). In 1998, the US Securities Commission (SEC) officially authorized the use of electronic trading platforms. Then the real competition of high technologies began. The following significant moments in the development of algorithmic trading that are worth mentioning:

High-frequency trading is still relevant today. Many routine operations (for example, market scaling) are performed automatically, which significantly reduces the burden on traders. However, the machine has not yet been able to completely replace the living intellect and developed human intuition. This is especially true when the volatility of the stock exchange rises strongly due to the publication of significant international economic news. Relying on robots is strongly discouraged during this period.

Advantages and disadvantages of algorithmic trading

The advantages of the algorithm are all the disadvantages of manual trading. A person is easily influenced by emotions, but robots are not. The robot will trade strictly according to the algorithm. If the deal can be profitable in the future, the robot will bring it to you. Also, a person is far from always able to fully concentrate on his own actions and he needs rest from time to time. Robots do not have such disadvantages. But they have their own and among them:

You should not consider trading robots as the only possible way to make money on trading, since the profitability of automatic trading and manual trading has become almost the same over the past 30 years.

The essence of algorithmic trading

Algo traders (also called quantum traders) use only the theory of the probability that prices fall within the required range. The calculation is based on the previous price series or several financial instruments. The rules will change with changes in market behavior. 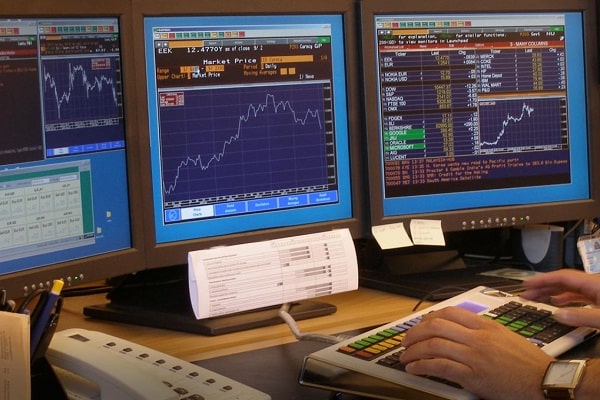 Algorithmic traders are always looking for market inefficiencies, recurring quote patterns in history, and the ability to calculate future recurring quotes. Therefore, the essence of algorithmic trading lies in the rules for choosing open positions and groups of robots. The choice can be:

Other ideas and utopias about algorithmic trading are fiction. Even robots cannot “predict” the future with a 100% guarantee. The market cannot be so inefficient that there is a set of rules that apply to robots anytime, anywhere. Large investment companies using algorithms (for example, Renessaince Technology, Citadel, Virtu) have hundreds of groups (families) of trading robots covering thousands of instruments. It is this method, which is a diversification of algorithms, that brings them daily profit.

An algorithm is a set of clear instructions designed to perform a specific task. In the financial market, users’ algorithms are executed by computers. To create a set of rules, data on the price, volume and execution time of future transactions will be used. Algo trading in the stock and foreign exchange markets is divided into four main types:

High-frequency algorithmic trading can be distinguished as a separate area for mechanized trading. The main feature of this category is the high frequency of order creation: transactions are executed in milliseconds. This approach can provide great benefits, but it also carries certain risks.

In 1997, analyst Tushar Chand, in his book Beyond Technical Analysis (originally called Beyond Technical Analysis), first described a mechanical trading system (MTS). This system is called a trading robot or a currency advisor. These are software modules that monitor the market, issue trade orders and control the execution of these orders. There are two types of robot trading programs:

In the case of algorithmic trading, only the 1st type of robot or advisor is considered, and its “super task” is the implementation of those strategies that are not possible when trading manually.

The Renaissance Institutiona Equlties Fund is the largest private fund that uses algorithmic trading. It was opened in the United States by Renaissance Technologies LLC, which was founded in 1982 by James Harris Simons. The Financial Times later called Simons “the smartest billionaire.”

How are trading robots created?

The robots used for algorithmic trading in the stock market are specialized computer programs. Their development begins, first of all, with the emergence of a clear plan of all tasks that robots will perform, including strategies. The challenge facing the trader programmer is to create an algorithm that takes into account his knowledge and personal preferences. Of course, it is necessary to clearly understand in advance all the nuances of the system that automates transactions. Therefore, it is not recommended for novice traders to create a TC algorithm on their own. For the technical implementation of trading robots, you need to know at least one programming language. To write programs, use mql4, Python, C #, C ++, Java, R, MathLab. 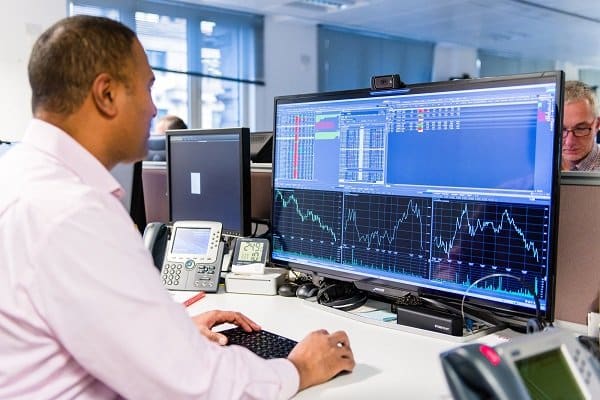 The ability to program gives traders many benefits:

There are many very useful open source libraries and projects for each language. One of the largest algorithmic trading projects is QuantLib, created in C ++. If you need to connect directly to Currenex, LMAX, Integral, or other liquidity providers to use high frequency algorithms, you must master the skills of writing Java connection APIs. In the absence of programming skills, it is possible to use special algorithmic trading programs to create simple mechanical trading systems. Examples of such platforms:

The influence of algorithmic trading has grown significantly in recent times. Naturally, new trading methods carry certain risks that were not previously expected. HFT transactions are particularly fraught with risks that need to be considered. 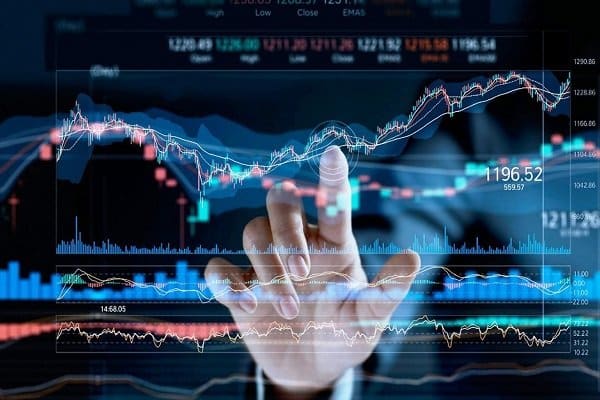 The most dangerous thing when working with algorithms:

Robots are gradually discrediting ordinary market participants and this leads to a complete rejection of manual operations in the future. The situation will strengthen the position of the system of algorithms, which will lead to an increase in the risks associated with them.

The growth of algorithmic foreign exchange trading is largely due to the automation of processes and a reduction in the time for conducting foreign exchange transactions using software algorithms. This also reduces operating costs. Forex mainly uses robots based on technical analysis methods. And since the most common terminal is the MetaTrader platform, the MQL programming language provided by the platform developers has become the most common method for writing robots.

Quantitative trading is the direction of trade, the purpose of which is to form a model that describes the dynamics of various financial assets and allows you to make accurate predictions. Quantitative traders, also known as quantum traders, are usually highly educated specialists in their field: economists, mathematicians, programmers. To become a quantum trader, you must at least know the basics of mathematical statistics and econometrics.

This is the most common form of automated trading. A feature of this method is that transactions can be performed at high speed in various instruments, in which the cycle of creating / closing positions is completed within one second.

It is believed that the author of the idea is Stephen Sonson, who, together with D. Whitcomb and D. Hawkes, created the world’s first automatic trading device in 1989 (Automatic Trading Desk). Although the formal development of technology began only in 1998, when the use of electronic platforms on American exchanges was approved.

This trading is based on the following whales: 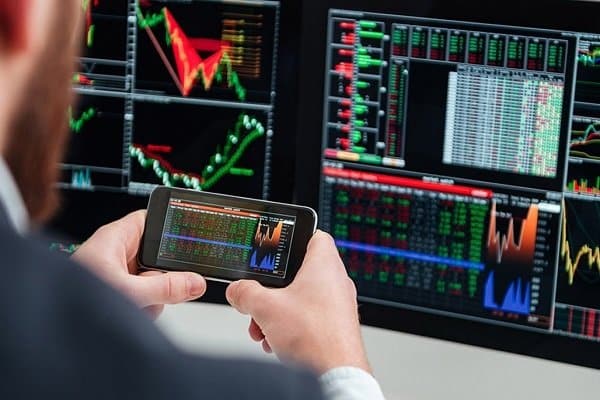 Any algorithmic trading strategy can be used here, but at the same time trade at a speed beyond the reach of humans. Here are some HFT strategies for example:

High-frequency operations are performed in micro-volumes, which is offset by a large number of transactions. In this case, profit and loss are immediately recorded.

Review of programs for algorithmic traders

There is a small piece of software used for algorithmic trading and robot programming:

Algotrading has the following strategies: 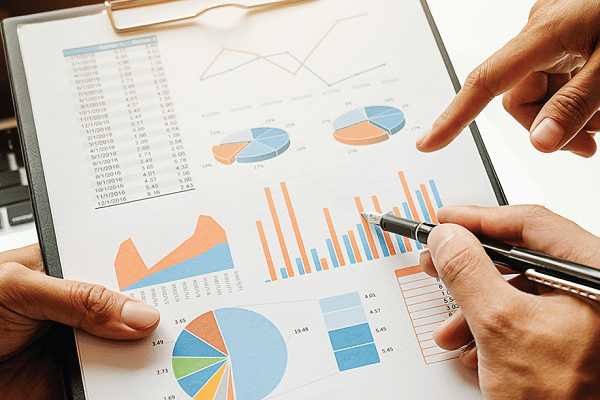 Training and books on algorithmic trading

You won’t get that kind of knowledge in school circles. This is a very narrow and specific area. It is difficult to single out really reliable studies here, but to summarize, the following key knowledge is needed to engage in algorithmic trading:

You will have to master this direction mainly on your own. For reading educational literature on this topic, you can consider books:

It is most productive to start the learning process by learning the basics of stock trading and technical analysis, and then buying books on algorithmic trading. It should also be noted that most professional publications can only be found in English.

In addition to books with a bias, it will also be useful to read any stock literature.

Many people believe that using robot trading can only be profitable and traders do not need to do anything at all. Of course not. It is always necessary to monitor the robot, optimize it and control it so that errors and failures do not occur. Some people think that robots cannot make money. These are people who, most likely, have previously encountered low-quality robots sold by fraudsters for currency transactions. There are quality robots in currency trading that can make money. But no one will sell them, because they already bring good money. Trading on the stock exchange has a huge potential for earning. Algorithmic trading is a real breakthrough in the field of investment. Robots take on almost all day-to-day tasks that used to take a long time. 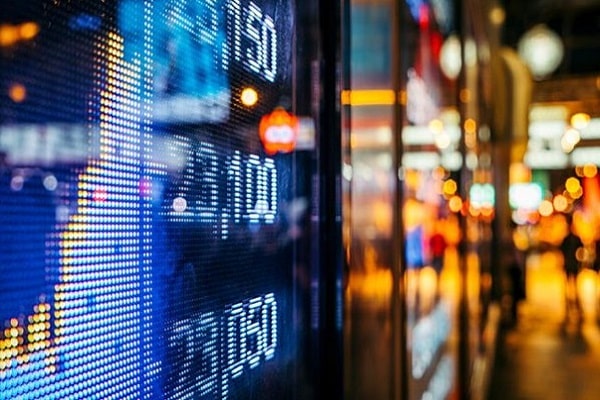 How can a novice investor organize work with futures?
Futures trading is a more interesting and functional
0 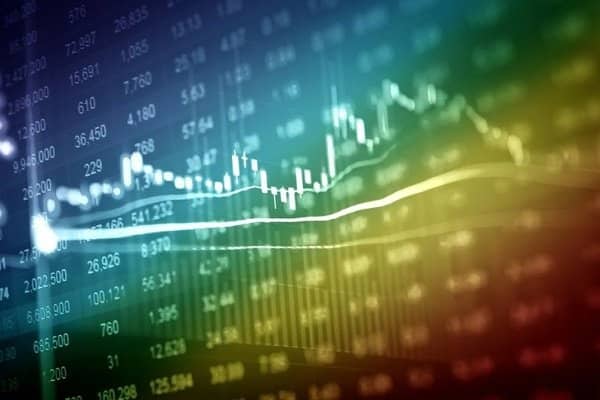 What is a futures and how to make money on it?
The conclusion of futures contracts is far from new
0 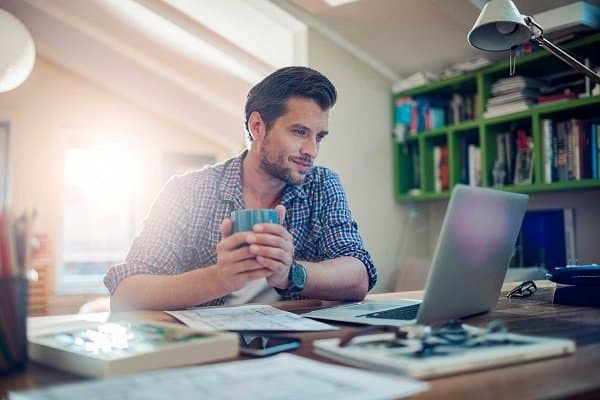 Online Earning with Daily Pay: Secrets of the Stock Market
One of the lucrative options for making a daily living
0 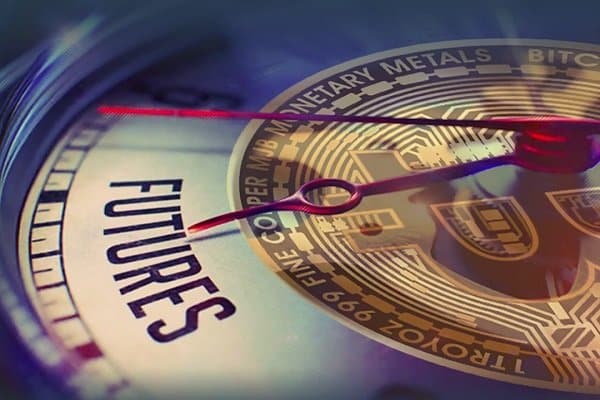 Futures Commissions and Fees
Before you start trading futures, you need to familiarize
0 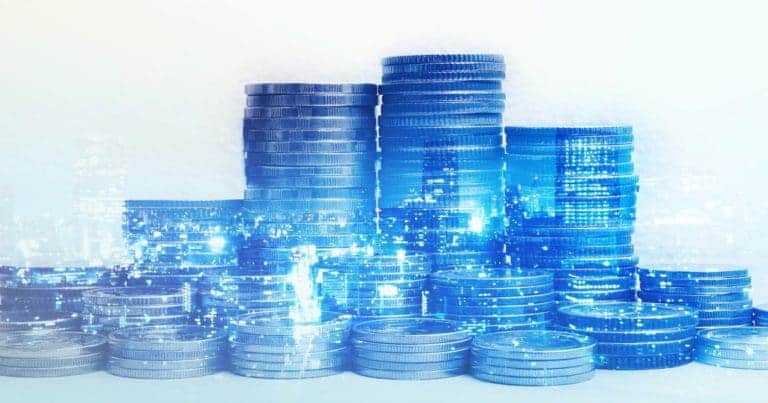 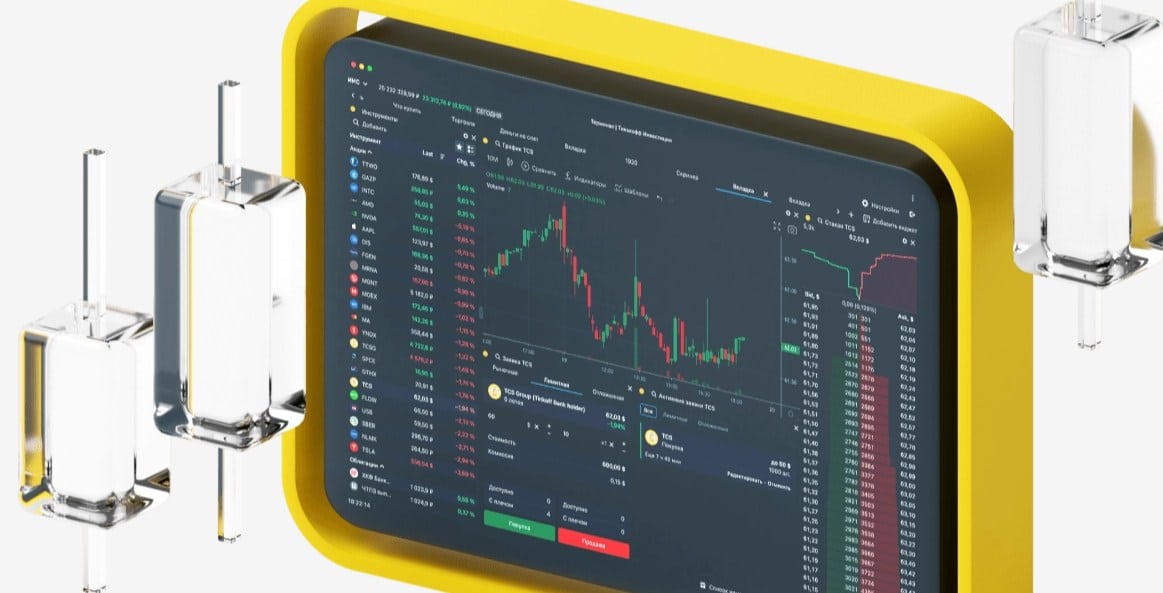 What is risk hedging in simple words, tools and methods
There are several ways that investors and traders can
0 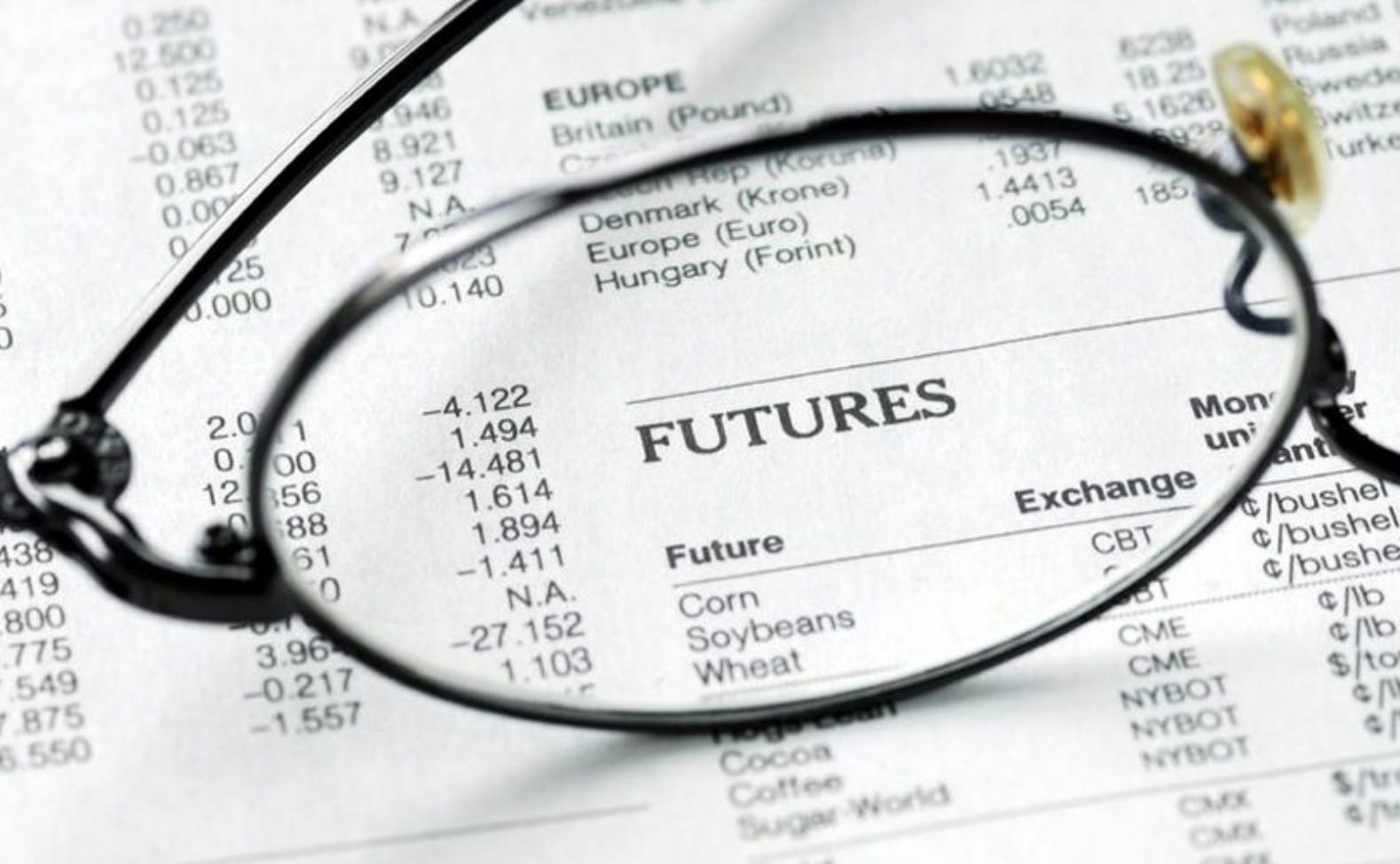