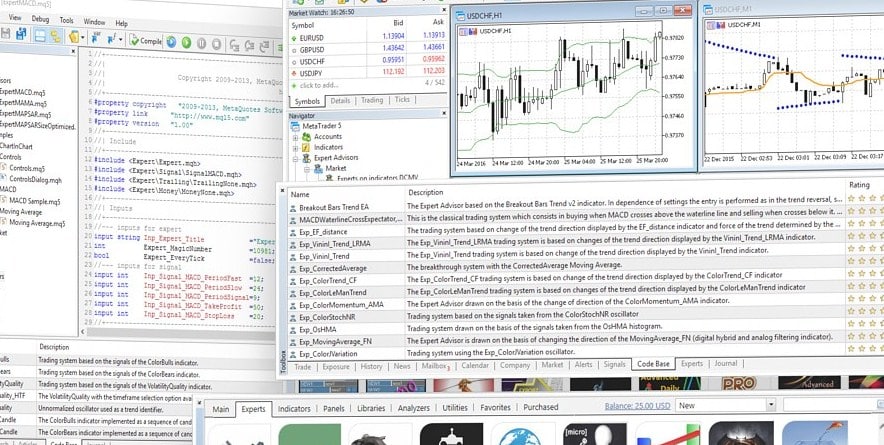 When you hear the phrase “trading robot”, what do you think of? Probably about a rectangular or square machine selling various goods. 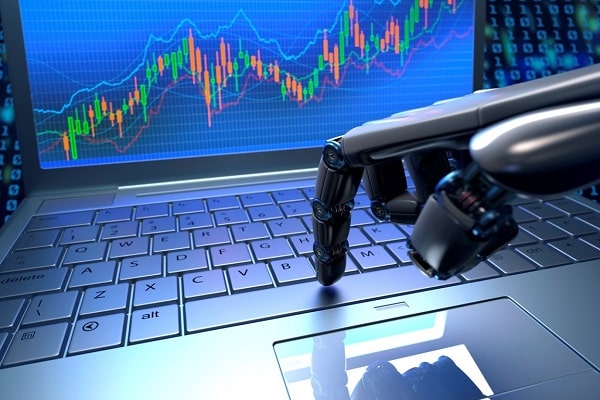 But in fact, this phrase is a common name for a program for trading stocks on stock exchanges in automatic mode. Unknowing people have an idea in their heads to buy this robot and make money without doing anything. Unfortunately, this is not possible, and now we will figure out why. 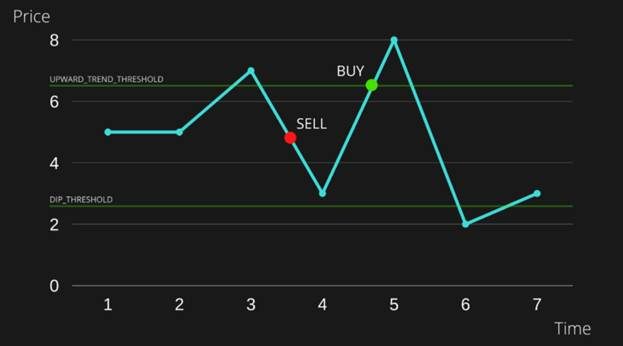 The main types of trading robots

All programs are divided by type of activity and profitability. In the first case, these are automatic and semi-automatic options. What is their difference is clear from the name. Automatic ones do everything – from searching for deals to closing deals – on their own for a person. Semi-automatic act as an assistant – analyze, suggest options and give recommendations. By profitability, trading robots are divided into low-frequency, medium-frequency and high-frequency. The difference between them lies in the number of transactions over a period of time, profitability and risk. For low-frequency ones, the normal rate is ten transactions per month with a yield of no more than fifty percent per year. For mid-range, there are already several dozen per day, and the yield varies from fifty-one to two hundred percent. We need to talk about high-frequency trading robots in more detail.since they are so unique and special that a separate direction in investment was created for them – high-frequency trading or HFT. 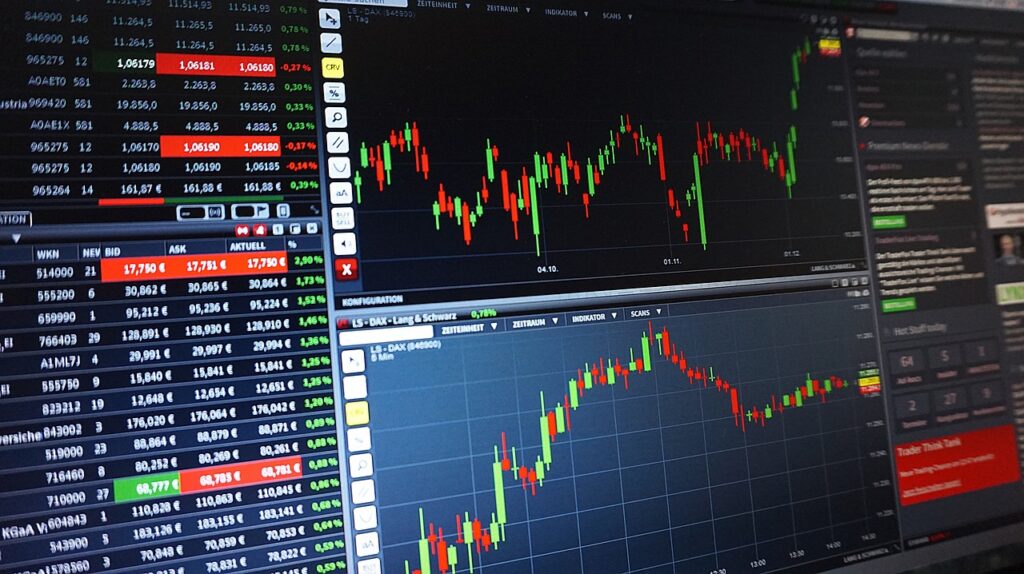 An interesting fact is that semi-automatic high-frequency trading robots do not exist, since a person is not able to process all the information received from them.

I think if you are familiar with investing, you have already understood about the risks of each type. At low frequencies, they will be minimal. The mid-range, respectively, have averages. And the high-frequency ones are huge. Here is a brief explanatory table for clarity:

Important! The table shows approximate values ​​only for correctly configured and working trading robots, excluding unique options. For example, a medium-frequency trading robot can have a profitability of more than 200%, but most fit into this framework. And many high-frequency ones often have negative returns, but only because they did not initially work in the right direction.

How a trading bot works

For clarity, in what follows, a trading robot will be called not a program, but an algorithm. This is important, since at the present time they are hardly written from scratch, but are created on the basis of existing solutions. Therefore, we will analyze not a specific program, but the very principle of operation. So, the algorithm of a trading robot operates according to a clearly written trading strategy – the rules for opening, tracking and closing deals are set. Thanks to this, the human factor and emotions are completely excluded. True, one critical minus follows from this, but more on that later. It is very easy to define a trading robot – it concludes a huge number of transactions in a minimum period of time. Let’s take data from the Best Private Investor competition for the fall of 2021. In second place we see a contestant under the nickname “Flomaster” with 222 deals, but in the first place “perfection” with 10491 deals. 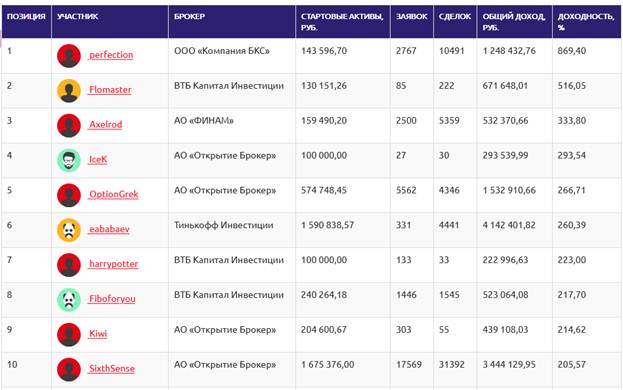 The best private investor [/ caption] Naturally, such an amount is unattainable for a person – there simply will not be enough time. Moreover, as we can see, the robot provided a yield of 869.40%. An incredible result, considering that many investors are hoping for at least 20% per annum. But the algorithm was able to do it in just 3 months. Trading robots are also in third, fifth, sixth and tenth places. Their profitability is lower, but still huge. In addition, it is worth remembering that all this happens automatically, without human intervention. Is this really the ideal way to make money? Not really, let’s look at the 8050th place in the same ranking. There were 7784 deals, but the profitability went into negative territory. Another example is 9105 place with 2465 trades and negative profitability. 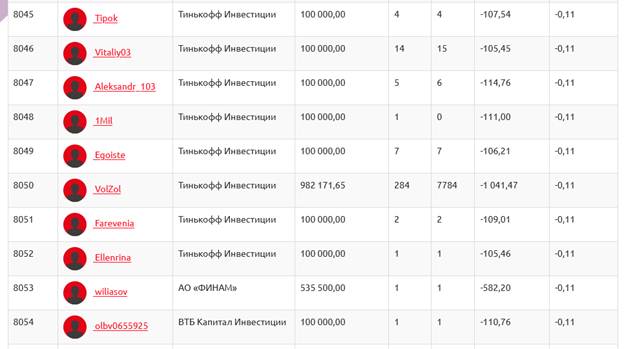 We can assume that these are just assumptions – maybe the person himself decided to close some transactions, or he incorrectly configured the algorithm. This opinion has the right to exist, only the lower the profitability, the more failed trading robots will be in the rating. What is the difference between the algorithms in the first place and in the last? Most often in public. Trading robots do not work, – the opinion of a practicing trader, the whole truth, as it is: https://youtu.be/bdVa9Hj4fd8

Reasons why public trading robots will never make you a millionaire

At this point, we will not touch upon proposals from large companies and banks (Sberbank, Alfa-Bank, and so on). Most likely, with the help of their trading robots, you can really make money, but with the same profitability, you can open a regular deposit. But the various high-frequency trading robots for Forex are another matter.

What’s good in theory is bad in practice

It’s great when you were offered to buy a trading bot with a yield of 1000%. It’s great when you have been proven that it works on a test account. Impossible when he made you millions from 1000 thousand rubles. Why is it impossible? Everything is pretty simple and prosaic. When the creators come up with their own trading robots, they do not have the opportunity to test them in practice until the very launch. That is, in theory, the shares of a company will go down, the algorithm will see it and buy it, and then they go up and it will sell them. But in practice, will stocks really go up? And if they continue to decline? The robot cannot operate outside the program code. Consequently, he cannot orient himself in stressful situations. This means that sooner or later he will lose everything. There is a solution to the problem – private bots, customized for themselves.If you don’t configure public ones, they will still do the same. 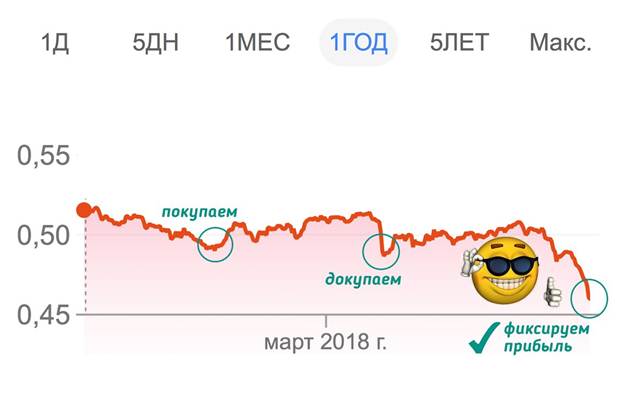 Will there be enough money?

Let’s say you have a public bot. How much money should be on the account for a profit of one million rubles per month? A lot. Simple math. You have one hundred shares worth one hundred rubles. If these shares have doubled, then your yield is one hundred percent. It sounds great, only instead of ten thousand rubles you now have twenty thousand rubles. In order for you to earn a million from these shares, they must grow a hundred times, that is, ten thousand percent. As you can imagine, in a real market this is simply impossible. Therefore, in order to make a big profit, you must initially have the funds to invest. If we return to the list of “Best private investor”, then even there the first place with a yield of 869% received a million from 143 thousand rubles. And to make billions, you have to invest tens of millions. Therefore, if you have,like most, there are no such funds, it will be more profitable to open a regular deposit.

Trading robots, like any machine, algorithm or program, are not devoid of technical problems. For example, you have hosted everything on a virtual private server. But your client crashed and everything stopped working right away. Another example is that the creator made a critical error while programming. For the first ten, one hundred, or a thousand more cycles, it is not detected. But sooner or later it will show itself and, for example, will start buying all shares at an overpriced price and selling at a lower price. There are dozens of similar cases, but the main thing is to understand one thing – a trading robot is not ideal, if you do nothing, it will always break.

In fact, if you are completely unfamiliar with investments and at least partially do not understand the operation of the algorithm, then with a probability of 99.9% you will lose your money.

Let’s go to one of the popular sites for selling trading bots and see the price. The most popular offer costs £ 95 or 9500 rubles. An acceptable price for untold wealth.

True, the question immediately arises – if the creator has an incredible trading bot that can bring thousands of percent of profit per year, then why would he share it? It’s pretty simple. The creator makes a profit not from stocks and investments, but from the fact that he created the product. But the one who bought it will try to make money from nothing. And here Karl Marx’s Capital is perfect. If a person offers a way to increase your funds for your own money, then he just wants to deceive you. If his strategy worked, he would use it himself.

So we come to the main reason for the failure of all public trading robots. And here everything is quite simple to explain. As long as only you know the algorithm of work, the trading bot will function correctly, and the profitability will be really high. But as soon as other people find out about it, everything will decline. This is why no public bot will ever make you a millionaire. There is no magic button “Loot” – hard work and long training or rich parents are always behind a millionth profit. 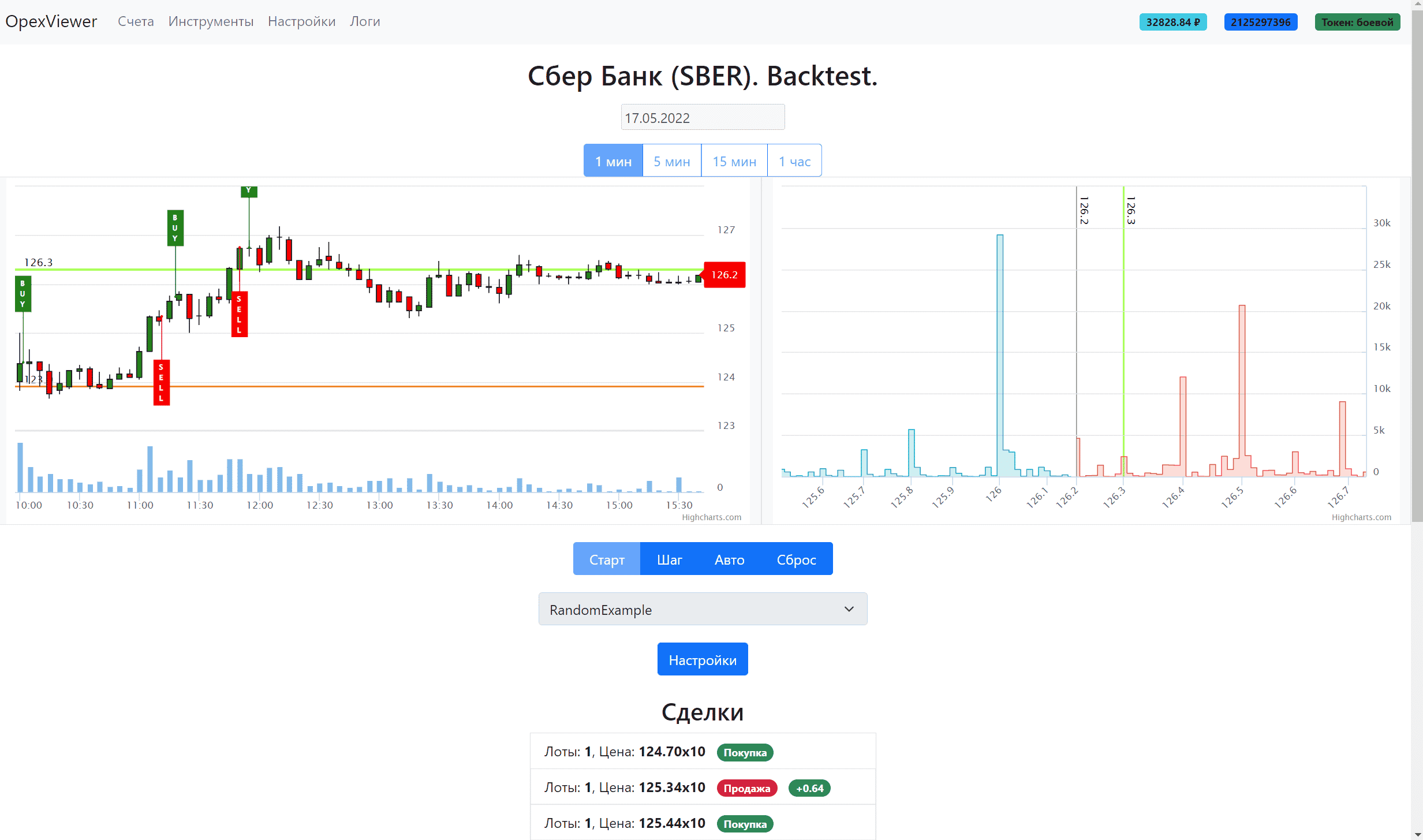 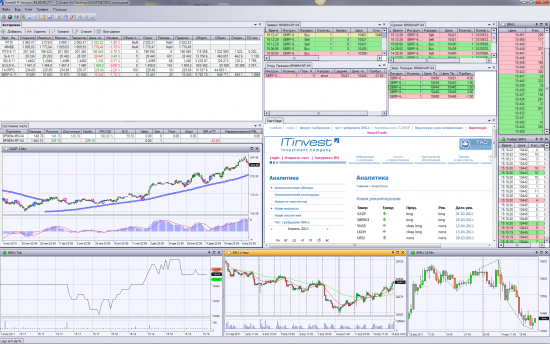 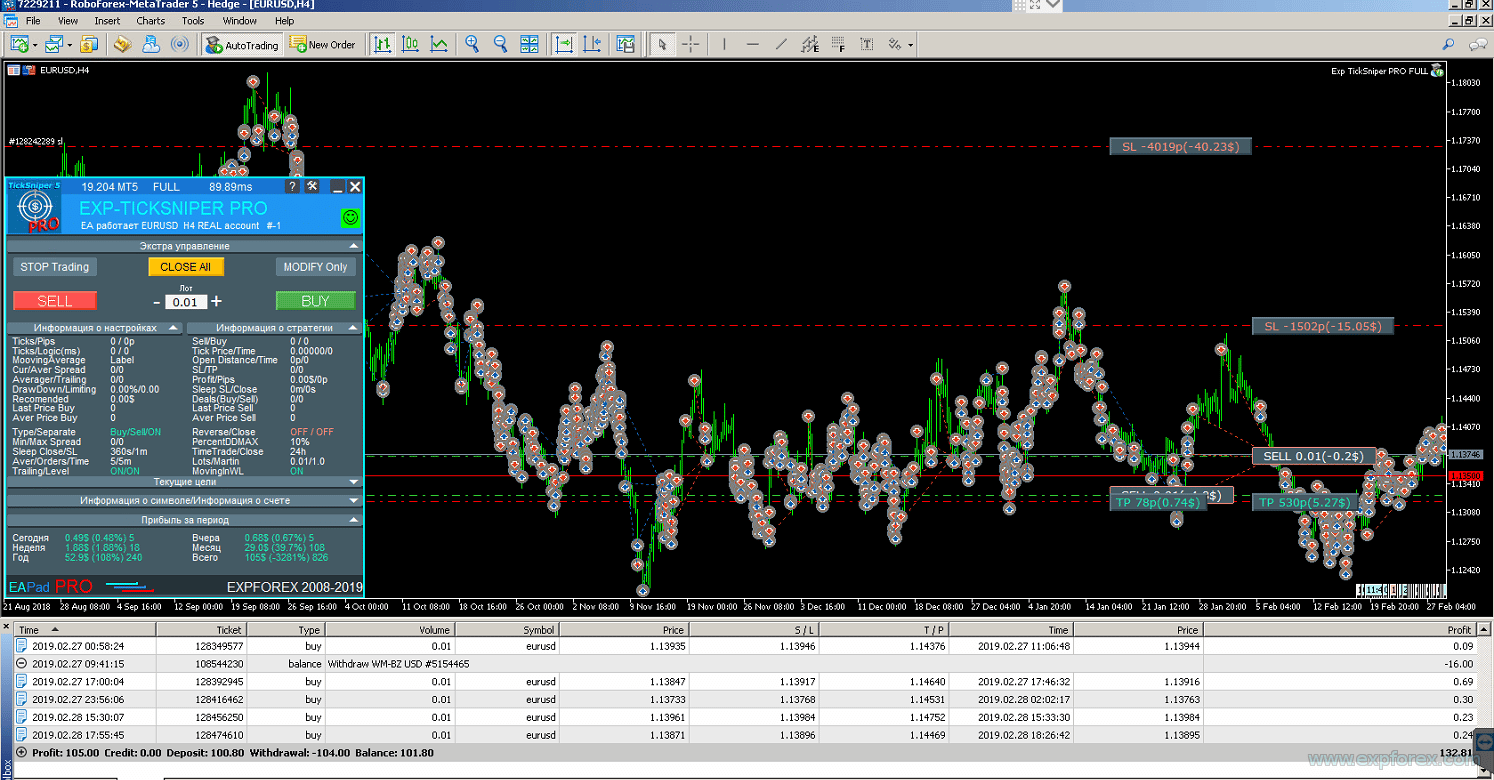 The best robots for scalping, the purpose and features of use
What is scalping and what is its essence, what are
0

Trading bots for trading on the Binance exchange – selection, description, settings
Trading bot for Binance is a specialized trading software
0 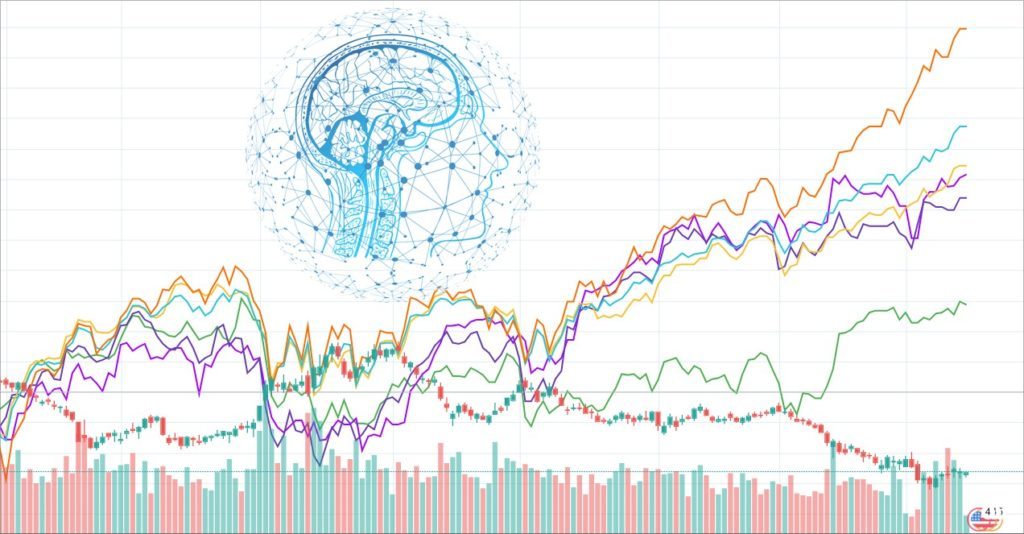 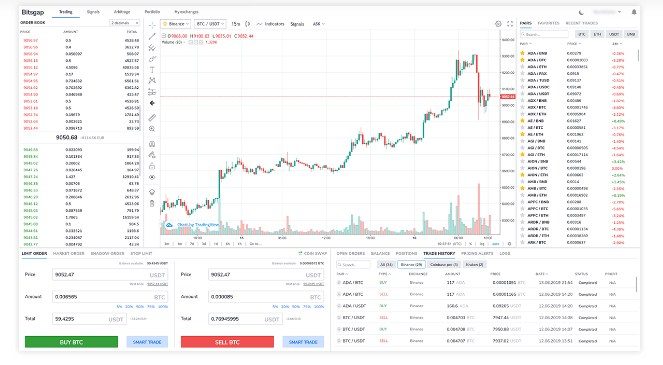 Bitsgap trading bot for trading on Binance – setup and reviews
Features of the bitsgap bot, connection and setup for
0