Definition and practical application of the Harami pattern in trading 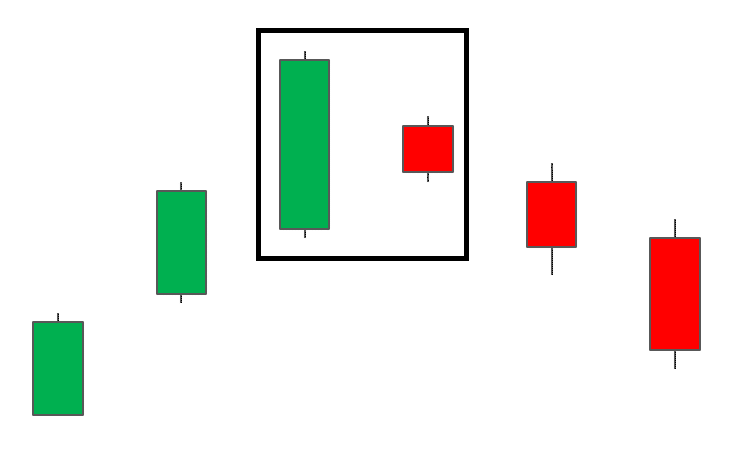 Harami – Japanese candlesticks that form a stable pattern, which is usually considered a secondary tool in the analysis of a trend reversal. However, they are important when reading price charts, volumes and help make more effective trading decisions. Harami Japanese candlesticks are of two types:

The concept of the Harami pattern

Harami is a pattern consisting of 2 consecutive Japanese candlesticks. The first is the largest, the second has a small body that does not go beyond the range of the body of the previous one. The elements are opposite in color. When a Harami pattern appears on the chart, a trend reversal is possible.

The word “harami” is translated from Japanese as “pregnant”. This reflects the essence of the pattern: the body of the second candle does not go beyond the body of the first.

The candlestick pattern on the charts shows the indecision of the market. At the moment of formation of the figure, there is a confrontation between the “bulls” and “bears”. To understand which side will win, you need to use additional tools: accompanying patterns and indicators. There are several mandatory conditions that allow you to identify the pattern:

If at least one condition is not met, then the figure cannot be considered “Harami”. At the same time, it should be taken into account that a strong combination contains a small second candle, the size of which is no more than 25% of the length of the “mother” element. 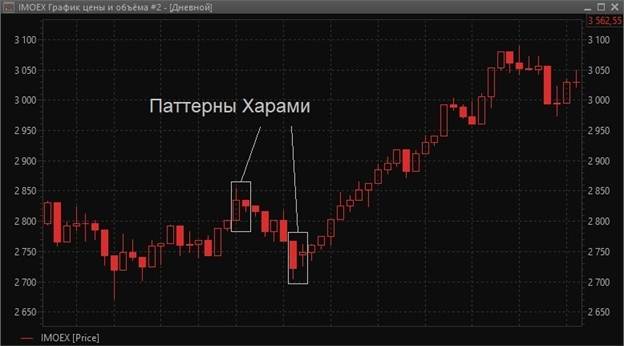 There are 2 types of Harami patterns: bullish and bearish. The bullish Harami serves as an indicator showing a high probability that the downtrend is ending. When forming this figure, many investors prefer to open long positions on the asset with the expectation of profiting from the expected growth. Unlike bullish, bearish Harami indicates the possibility of an uptrend reversal. At the same time, it is believed that the size of the second candle determines the strength of the model: the smaller it is, the higher the probability of a change in the main trend. 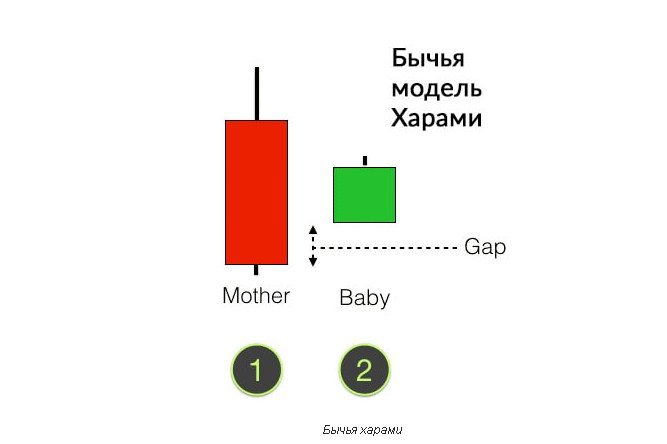 A trading harami cross is a pattern consisting of a large candle moving in the direction of the prevailing trend followed by a small doji. In this case, the second element is contained in the body of the first. The second Japanese Harami Cross candlestick is also called an inside bar.

Doji (doji) is a candle, the body of which is extremely small due to the equality of opening and closing prices. It looks like a cross, an inverted cross, or a plus sign. It is a neutral pattern, but as part of some figures it can signal upcoming changes in the market. 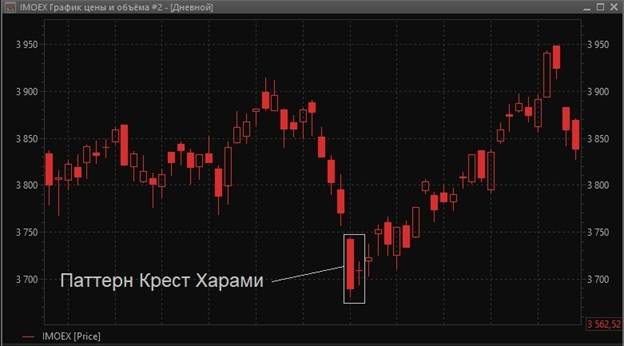 Analysis and application in practical trading

The figure can be used as a standalone analysis tool. To make buying or selling decisions, sometimes it is enough to understand the psychology of pattern formation. When forming a bullish pattern, the following algorithm is used:

When forming a bearish pattern, they trade according to the following algorithm: 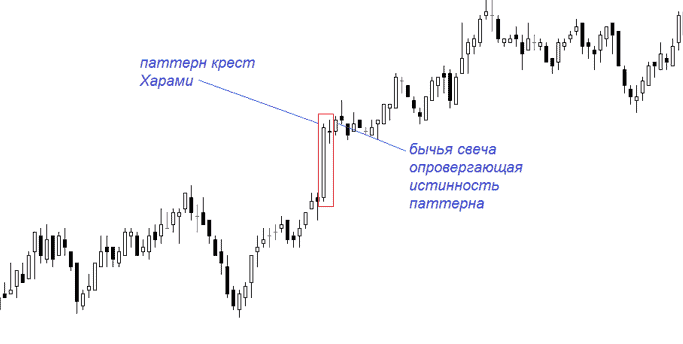 The candlestick pattern “Harami” in trading is considered secondary. However, in combination with various indicators, it can play an important role in making an effective trading decision. 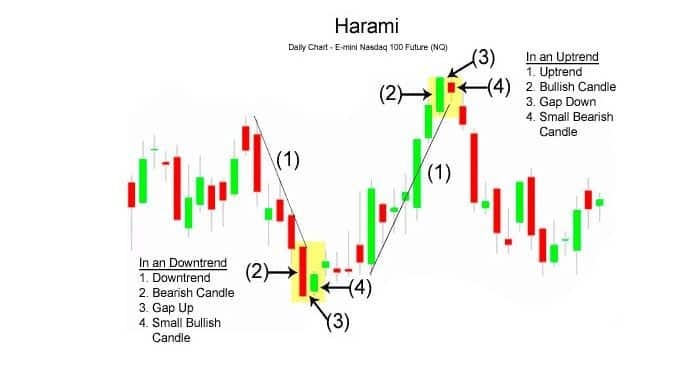 The most effective strategies are:

All of these strategies are effective. However, trading using Bollinger Bands is considered to be the most effective. gives fewer false signals and will allow you to stay in profitable trades longer. The use of price action analysis requires a lot of professional experience and understanding of the psychological motives behind the price movement. The combination of EMA and Fibonacci levels brings a good income, but the moving average often gives a signal to exit the trade too early. And the Fast Stochastic Oscillator rarely gives confirmation signals.