Larry Williams – his biography, path to success, principles and investment strategy, quotes and thoughts. Every famous person has their own success story. It is not easy to consolidate any success, even if it is accidental. And a lot depends on the person. Someone at the beginning of the journey was unspeakably lucky, and then he again rolled down to the bottom. Another achieves his well-being through incredible efforts. And still others have tremendous patience and achieve success by trial and error. Such is he – trader Larry Williams.

Larry Williams was born in the early 40s of the last century. The exact date of his birth is unknown, such as the day and month. Only the year is known, and even then, the information is contradictory: according to some data, this is October 6, 1942, according to others – 1944. Most sources lean towards the second option. There is not even complete information about the parents. The biography only talks about his father, who worked at an oil refinery, but not even his name is known. No information was given about Larry’s mother. Although one source indicates that the parents were named Silva and Richard. Short biography:

The college where Larry Williams studied [/ caption] Larry Williams is not only a trader, but in general, a multifaceted person. The nature of his activity is not only financial, but also political, literary. Twice he ran for the Senate from Montana, but failed. However, this did not prevent him from becoming famous and rich. Larry Williams is one of the most famous and cited traders who not only writes books, but also proves in practice the reality of his principles. For example, immediately after the training seminar, he conducts bidding with the participants. If the principles are correct, then all profits are divided among the participants. In case of failure, the trader covers all losses. They say about someone like him: “I see the goal – I see no obstacles.” And indeed, if you are completely confident in your own abilities, you should not listen to someone else’s opinion. Goals must always be achieved, stuffing your own “bumps” along the way. This is especially true if you want something more. This is one of his quotes:

In my experience, I know that the success of any financier is based on 3 components: a strong desire to become rich, a desire to show off and dissatisfaction with the current situation.

Even at school, he was active. The boy, whose father worked at one of the most profitable enterprises, simply could not pass for dead people. From an early age he played football, like all boys of his age, and was the editor of the school wall newspaper. His literary skills would come in handy later when he founded his own publication, The Oregon Report. After graduating from the Faculty of Journalism and receiving a diploma, he gets a job as a proofreader in an advertising agency in New York. But the young man wanted more. He had quite healthy ambitions, which made it clear that if you have a mind and purposefulness, then you need to conquer new heights. Therefore, when he returned to his homeland, together with a friend, he organized his own publishing house, covering the news of politics and economics. Later, when he came across an article about stocks, he became interested in the topic of earnings in this industry. And he began to study. I started by studying books on technical analysis, analyzing brokerage experience. But soon I realized that it was necessary to move from theory to practice.

The main type of activity is contract and promotional trading.

The system of Larry Williams is very simple, as are his principles: to teach the correct trading in the stock markets. He is not only an excellent theorist, but also a practitioner who repeatedly proves that his system is not an empty phrase. The authority in trading and holding leadership positions for more than 20 years prove this. The pinnacle of his trading success was the 1987 stock trading tournament, where he, with a minimum capital of 10 thousand dollars, increased his profitability to 1 million 147 thousand dollars in a year. So far, no one has beaten this record. He could be approached by his daughter, Hollywood actress Michelle Williams, who took part in a similar tournament when she was only 16 years old.

The decline in prices suggests their further decline. This is the simplest idea, once expressed by Newton, that an object that once started moving continues to remain in it.

Larry Williams didn’t just remake something old. His main strategy throughout the entire trading path was the improvement of technical analysis methods. He developed several of his own indicators. Its main principle was not the desire to guess future prices, but to track who is stronger in the stock market now: “bulls” or “bears”.

Everyone trades differently. Larry Williams is not the kind of person who will trade in one thing.
For him, the main thing is the result, that is, profit, and it does not matter at all what shares or goods brought it. In an interview seminar held in 2015, he talks about “sinful” actions, that is, those based on carnal sin, pleasure. In other words, consumer goods: food, alcohol, sugar, weapons, etc.

Any sinful actions in any country (alcohol, tobacco, weapons, sugar, defense) will always have a high profitability, since a person at all times wants to be in pleasure. These stocks are best invested for the long term.

The strategy of Larry Williams involves trading on medium and long time frames. His recommendations are simple and clear: wait for the start of a strong and sustainable trend. After its discovery, the search for entry or exit points begins. Despite the fact that many are convinced that Larry widely practices intraday trading, Larry himself considers this strategy to be ineffective:

Such trading requires a lot of effort, patience and concentration. However, financial compensation is not enough.

The trader himself is convinced of the effectiveness of trading in the medium and long periods. Its essence is the purchase and sale of shares or goods at an average price, which is displayed on the chart:

The biggest mistake newbies make, according to Larry, is to check the overall performance at night and enter orders for the coming day. Larry recommends being patient, waiting, and submitting orders during the day.

A market opening much higher or lower than the previous day is indicative of non-professional panic.

His system is based on the firm belief that price changes are not determined by past events. His main recommendations are as follows:

The trend and direction of the market development matters, but knowing how to manage your own financial resources has a much higher priority.

Despite the fact that the seminar was held 7 years ago, it is still relevant. The seminar, at which there was an almost full hall, went on for a little longer than 2 hours. Nobody remained indifferent. Nobody was left behind. The trader was constantly asked questions. All participants of the seminar listened very attentively. According to one of the viewers, Larry Williams is a man of incredible charisma. He talked about his principles in general, stock market statistics for the last 100 years; that the growth of shares is observed every 5th year, and the collapse – every 7th. The seminar turned out to be very lively and interesting. Larry proved his every thought in practice. The most interesting thoughts of his interview:

In fact, anyone can learn how to trade the stock market competently. Larry is not one of those traders who does not back up his words with practical experience. That is why he is still afloat. His trading strategy is based on 2 principles:

On this difference, deals are “played”. But without good money management, one cannot become a good trader. This is one of his quotes:

Financial management begins even before entering a trade. There must be a clear understanding of the possible number of trades and the possible percentage of risk amount.

Larry Williams believes that markets are predictable and money management is the key to success.

What I love about this business is the ability to think ahead. Most people live for today, and a trader constantly has to think about the rain that will fall in six months, about the possibility of war in a year. It’s an interesting place to live in general, as we all live in the future.

How is the purchase in general:

Reference: stop loss is an order to buy or sell an asset if the price changes not in your favor.

How a buy trade is opened with the Larry Williams system: Larry strongly recommends trading based on the local trend. An uptrend is a buy. Downward – sale. Buying an asset – at the price of the moving average low in the presence of an uptrend. Closing the deal – at the average maximum of the moving average.

The market trend is a function of time. The longer the position is open, the higher that the trend has begun to form.

How a sell deal works: In this case, the opposite principle applies: selling a stock or product based on the price of the chart at an average maximum value. The trend is down. Closing the deal – at the average minimum value of the chart.

About the books of the world famous trader

During his life, Larry Williams wrote 11 books, 7 of them are his monographs. He co-wrote some of these books. Larry Williams’ most famous book is The Long Term Secrets of Short Term Trading, written in 2013. In it, the author describes methods that can really significantly increase profitability. But these methods require a lot of perseverance and concentration. In The Long-Term Secrets of Short-Term Trading, Larry Williams talks about the principles of market movement, the most opportune moments to exit trades and maintain leadership positions.
The second book “Secrets of trading in the futures market” is no less famous than the first. In it, the author advises relying on experienced brokers, because it is their actions that determine the price movement. Orientation to experience is the basis of the author’s methodology in this book.

When there is complete confidence in eternal luck, there is a high probability of losing everything.

The success story of Larry Williams is the story of a self-made man. His success is not the result of random luck, but the result of hard work, trial and error. The fact that he clearly demonstrates his secrets and, in case of losses, covers them, indicates not only that his methods work, but that he is a man of honor and principles. 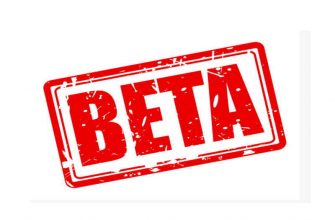 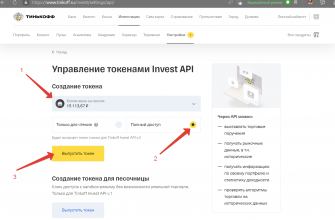 How to get a token for Tinkoff investment
To receive a token in Tinkoff investments, you need
0
Trading strategies for beginners and advanced – working systems and approaches
Why is it important to trade with a strategy and what
0
Money management in trading – strategies and examples from trading practice
In order to achieve success in trading and investments
0
What is a timeframe in trading and how to use it in practice?
What is a timeframe in trading (what is a trading period
0
Trading for beginners, or how to consistently make money on the stock exchange from scratch
Necessary knowledge about trading for beginners –
0
What is a stop loss in trading, how it works and how an order is placed
What is a stop loss in trading in simple terms, how
0
How to make money on trading, how much and how much is possible in Russia
Is it possible to make a living trading and how to
1
What is trading, how to become a trader and earn
Trading in the realities of today: what is it in simple
0